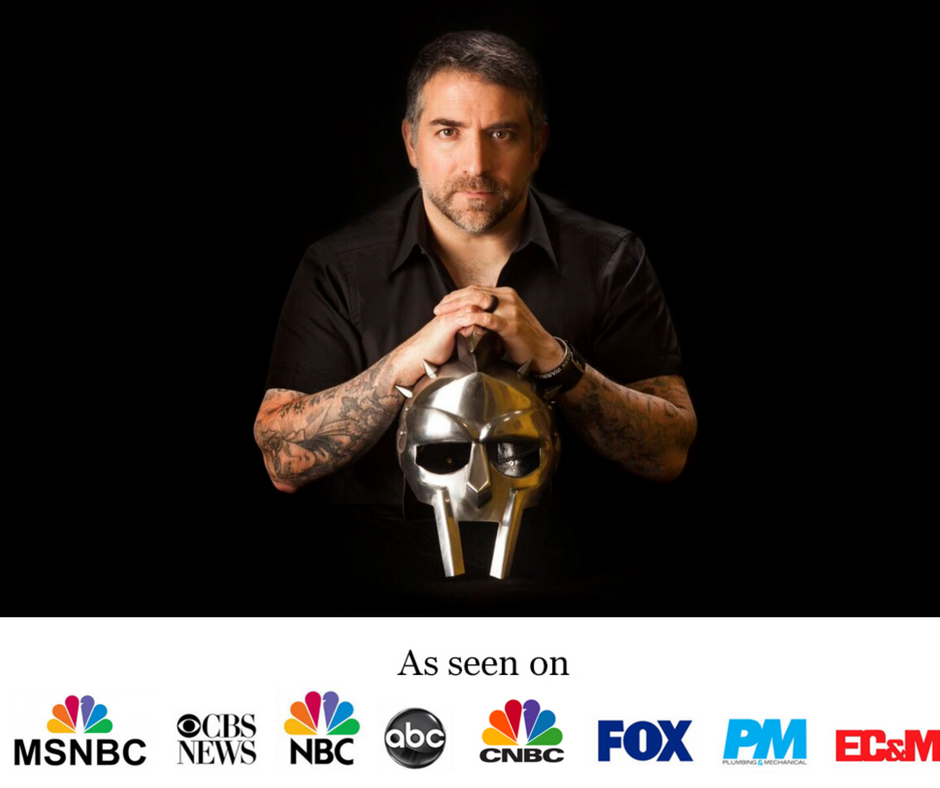 Mike Agugliaro is the Business Warrior.

Along with his business partner, Mike grew a small home service company into a multi-million dollar empire before selling the company in 2017 to put his full focus into serving the home services industry.

Mike has been featured in MSNBC, Financial Times, MoneyShow, Success Magazine, and more. He is a popular author with more than a dozen books written; he’s a sought-after speaker who has shared the stage with Brian Tracy, Mike Michalowicz, Brian Kurtz, and others; he’s the founder of HomeownersNewswire.com, and he’s the host of the CEO Warrior Podcast.

Mike’s passion in life is to create a movement that changes the lives and businesses of service business owners around the world.

Mike Agugliaro is the Business Warrior and he’s creating a movement to change the lives and businesses of service business owners around the world.

Mike’s professional story starts when he and a fellow electrician founded a small electrical company in New Jersey. He had high hopes for his company but it struggled in the first several years even though Mike and his business partner worked longer and longer hours.

Nearly a decade into owning the business, Mike and Rob realized they couldn’t work any harder and yet their business wasn’t growing; they thought they’d have to shut the business down. Instead, this moment became a turning point and they decided instead to learn what it would take to grow the business. They invested in themselves and actively sought out the very best experts, soaking up everything they could learn and applying it in their business.

The years that followed were dramatically different than the first decade: that small electrical company skyrocketed with multi-million dollar year-over-year growth and grew to become one of the largest and best-known home service businesses in New Jersey, generating more than $30 million a year with a team of 200 people.

In 2017, Mike and his business partner chose to sell the company and put their full focus into serving the home services industry. Their success has been recognized by numerous experts; even Shark Tank billionaire Kevin O’Leary called them, “the Real Deal.”

Mike has been featured in MSNBC, Financial Times, MoneyShow, Success Magazine, Inc. Magazine, and more, including numerous industry magazines like Contractor Magazine and Plumber Magazine. He is a popular author with more than a dozen books written; he’s an engaging and sought-after speaker who has shared the stage with Jay Abraham, Brian Tracy, Mike Michalowicz, Brian Kurtz, and others; he’s the founder of HomeownersNewswire.com; and he’s the host of the CEO Warrior Podcast.

Mike lives in New Jersey with his wife and two children. When he’s not serving business owners or writing books, Mike can probably be found in his dojo practicing martial arts—a discipline he’s followed since childhood, which gives him the focus and tools to smash through barriers and relentlessly pursue mastery in all areas of life and business.

Culture: Sometimes a team feels like a group of unruly individuals. This happens because the organization lacks culture. Few business owners realize the importance of culture but they sure feel the difference when it’s missing! Mike is the industry’s leading authority on creating a powerful culture in business.

Marketing: Discover Mike’s powerful, proven marketing strategies that often cost less yet deliver a higher return on marketing dollars invested. He explains step-by-step strategies, debunks industry myths about marketing, and he shares what’s working in his multi-million dollar service business right now. For business owners who want to spend less to get more effective marketing, listen to what Mike has to say.

Serving: Most service businesses think they understand customer service… Until they hear Mike’s approach. Mike walks his audience through his proprietary Framework For Service to show how service can be a profit-generating tool. This talk shocks people into realizing that they are under-serving their market. Service businesses striving for good service are actually leaving money on the table and losing customers. Learn what service businesses should be doing instead…

Limiting Beliefs: Find out what’s holding back service businesses from growing wildly. This discovery surprises most business owners when they learn that they are unconsciously placing limitations on themselves. In this compelling talk, Mike exposes the anchors that weigh someone down and he reveals how to break through. Audiences call this talk “life changing.”

Market Domination: Some service business owners are content with the size they’ve grown to, but Mike exposes the thinking of what market domination really is and how every business needs to dominate its own market. He shows that market domination is not about size but rather about value, service, and brand recognition, and then he shows exactly how service businesses can dominate their market.