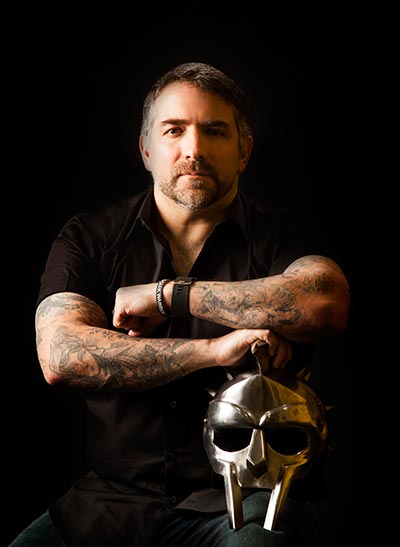 Mike Agugliaro is the Business Warrior and he’s creating a movement to change the lives and businesses of service business owners around the world.

Nearly a decade into owning the business, Mike and Rob realized they couldn’t work any harder and yet their business wasn’t growing; they thought they’d have to shut the business down. Instead, this moment became a turning point and they decided instead to learn what it would take to grow the business. They invested in themselves and actively sought out the very best experts, soaking up everything they could learn and applying it in their business.

The years that followed were dramatically different than the first decade: that small electrical company skyrocketed with multi-million dollar year-over-year growth, and grew to become one of the largest and best-known home service businesses in New Jersey, generating more than $30 million a year with a team of 200 people.

In 2017, Mike and his business partner chose to sell the company and put their full focus into serving the home services industry. Their success has been recognized by numerous experts; even Shark Tank billionaire Kevin O’Leary called them, “the Real Deal.”

Mike has been featured in MSNBC, Financial Times, MoneyShow, Success Magazine, Inc. Magazine, and more, including numerous industry magazines like Contractor Magazine and Plumber Magazine. He is a popular author with more than a dozen books written; he’s an engaging and sought-after speaker who has shared the stage with Jay Abraham, Brian Tracy, Mike Michalowicz, Brian Kurtz, and others; he’s the founder of HomeownersNewswire.com; and he’s the host of the CEO Warrior Podcast.

Mike lives in New Jersey with his wife and two children. When he’s not serving business owners or writing books, Mike can probably be found in his dojo practicing martial arts—a discipline he’s followed since childhood, which gives him the focus and tools to smash through barriers and relentlessly pursue mastery in all areas of life and business.