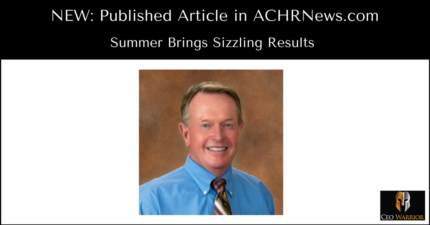 That trend seemed to last through the summer as many contractors reported sales of cooling equipment increased this year — sometimes dramatically — as an improving economy and low unemployment helped convince homeowners to replace their existing units rather than repair them.

The reason why consumers made the decision to replace rather than repair is that they are starting to feel safe, said Mike Agugliaro, founder of CEO Warrior and previous owner of Gold Medal Service, East Brunswick, New Jersey.

Don’t YOU want to boost your expert status and play against the big companies?

Learn how at the Service Business Edge: The Secret Blueprint To Growing Your Business.