Yes, I Want The Top Secret "Black Ops" Method Of Totally Eliminating The After-Summer Slow Season
* we will not spam, rent, or sell your information... *

ULTRA-EXCLUSIVE ON DEMAND TRAINING: I’M SHARING MY SECRET BOOK OF NINJA TACTICS…BUT ONLY FOR THOSE WHO WANT TO HAVE MORE LEADS AND MAKE MORE
WHO ELSE WANTS MY TOP SECRET "BLACK OPS" METHOD OF TOTALLY ELIMINATING THE AFTER-SUMMER SLOW SEASON? 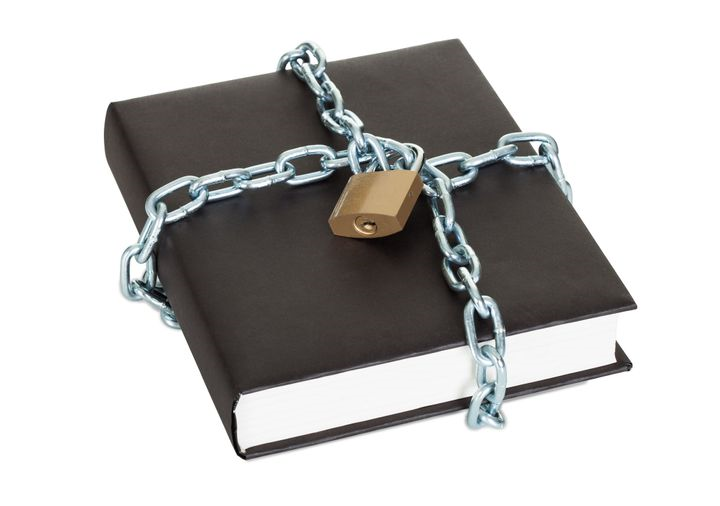 Get This Training Now!
Yes, I agree to the Terms & Conditions and Privacy Policy. I also give my express written consent to receive marketing and service related texts, & email messages via automated technology from CEO Warrior at the mobile number provided. Consent to receive calls or texts is not a condition of purchasing any property, goods, or services. I also understand I can opt-out at any time.
There’s An Invisible Problem That’s Killing Your Service Business In The Fall (And You May Not Even Realize It)—I’ll Share My Ninja Tactics To Keep The Leads And Profits Rolling In!
Summer Was Good (Or Very Good).
Look, summer was good for a lot of service business owners… maybe for you too.
Maybe you operated REALLY profitably for June, July, and part of August. Maybe those “fat months” were so good that you’re relaxing a bit and counting your cash.
You should be proud. You and your team worked hard this summer to keep your customers and their families safe and comfortable. (And, you made good money during those busy months.)
But here’s the thing: it’s all about to change (and if you’ve been in business for longer than a year, you KNOW this will be true)…
You’re About To Drive Off A Cliff
In just a matter of weeks (or even days), your business will go from being very busy to being pretty quiet. Heck, even the “big companies” notice this too.
No matter what size you are, you know that the summer INSANITY quickly gives way to an after-summer slow down… and it will feel like you’ve gone from racing on a busy interstate to a Sunday drive on a country road.
For most service businesses, this is just the way it goes. You expect it to happen and you hope it won’t hurt too bad. (Of course you wish it was different but you know this is as predictable as summer and winter.)
And chances are, you know what it’s doing to your business: it’s potentially hurting you because your team goes from being busy and making a lot of money to being really slow.
The result?
Your expenses may still be in “busy summer” mode instead of “slow fall” mode.
Your team may start to worry about your company and start looking for a different company.
You may not be sure how to make payroll.
Even when you prepare for the slowdown, it becomes expensive, frustrating, and even really stressful. (I even know of some service companies that desperately hire people in June and July but then are forced to lay them off in September and October because of the slowdown.)
And let’s face it—you don’t want it to slow down. You want it to be steady (or maybe just as busy as the summer).
What If… ?
I’ve Got A Secret Ninja Playbook Of “Black Ops” Strategies That Can Do Just That
If you’ve ever gone into September wishing that you could maintain your busy summer, then you’ll want to hear what I’ve done…
In my service business, I figured out a way to extend the busy summer season into September and October, eliminating the slow seasons and make more money.
Leads? Yeah, I had as many as I wanted.
Money? You bet – it was pouring in.

(It was one of the key strategies that helped my business partner and I grow our service business to $32 million a year before it was acquired by a large private equity company.)

Bottom line: I figured out how to STOP the slow season, EXTEND the summer busy season, get MORE LEADS and MAKE MORE MONEY.
… and do it year after year after year.
In fact, as summer ended, I would pull out my top secret “black ops” book of ninja tactics and I would start working my magic.


By August (when my competitors’ phones were slowing down), mine continued to ring.
… Same for September and October.
In fact, September and October continued to be record-breaking months for us, even while other people in the industry were throwing up their hands and saying, “it’s just the slow season.”
Not for our company. We were busy.
And I want to show you how you can be busy too.
This is an EXCLUSIVE training in which I’m sharing that black ops book of ninja tactics… yes, the exact “top secret” book that I used to extend the busy summer season into September and October, and virtually eliminate the after-summer slow down that hurts your business.
THIS IS NOT A FREE TRAINING. (I only want to give this to a select few… these are VERY EFFECTIVE ninja tactics, and I don’t want to put them into the hands of everybody—only those who are truly committed to hearing them and implementing them.)
The impact it had on my business was worth MILLIONS of dollars. And I’ve had people offer to pay me tens of thousands of dollars just to teach these strategies exclusively to them.
But that’s not what I’m going to do. Instead. I’m going to share this with anyone who wants it… and I’m not even going to tell you how much to pay. You simply pay what you want and no matter how much you invest, I’ll honor my commitment to teach you the very best strategies from my top secret “black ops” book, including…
One strategy that puts thousands of dollars into your pocket without you spending another cent on marketing
The top secret tactic that will have your team running jobs steadily—without any downtime!
My “accelerator” tip that turns even the quietest days into busy ones (my competitors would have killed for this one!)
The checklist of lead sources that no one else is talking about—these will keep you busy for the entire fall season
PLUS the “leverage” tactic that makes each one of these secrets at least 23% more profitable
I’m only scratching the surface.
Get This Training NOW!
Bottom Line
… then join my Top Secret “Black Ops” Training of Hidden Ninja Tactics that will totally eliminate the after-summer slow season…


… AND invest in this training for a “name any price” amount… YOU choose what it’s worth to you.
We are only opening up a limited number of seats for this training. And, given the topic (and the “name your price” investment), we believe those seats will sell out fast.
So, if you want more leads and money in the fall, join this training right now. 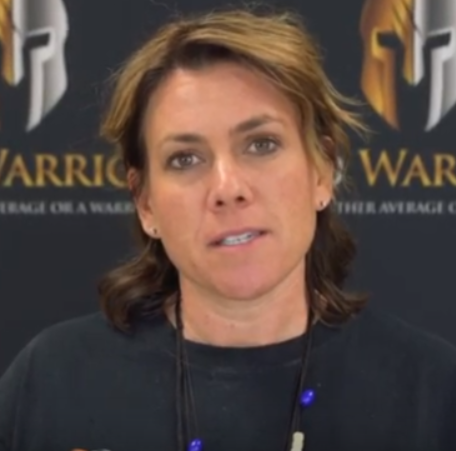 This past year we have grown from offering just septic and drain cleaning to adding heating, cooling, electrical, plumbing, same day bathroom makeovers and pipe bursting. CEO Warrior has changed our world, not just in our business, but as a business owner, a business leader, but also a parent, a wife, a friend. CEO Warrior is like no other trade organization.

MANDIE HAGAN
Rowell's Services
This event has made a huge difference in Josh’s life. He wasn’t the leader he needed to be because of things in his life that were holding him back. The exercise Tuesday night made him a changed man – he’s never experienced a training like this before. His goal is to go from $3M-$5M – and he’s going to take what he learned and play full out. 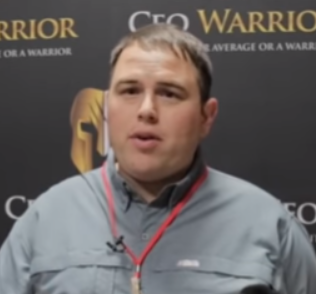 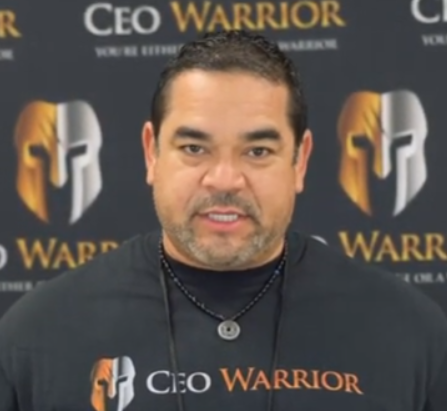 As a result of going to the Service Business Edge (a year ago) I went from 3.5 to 5.5 million dollars in 12 months It's been a radical change. If you are even considering that you should do something different in your business - you gotta get here. CEO Warrior is the BEST investment you can make. It impacts you as a person, but also the rest of the company, your employees, your business.

This discount can be applied to the following courses: It applies to our Service Business Growth Intensive, Service Business Toolkit, our 9 Pillars Program, and the following CEO Training and Implementation Programs: CEO Warrior Inner Circle, CEO Warrior Centurion Program, CEO Warrior Emperor Program (coming soon).
Money-Back Guarantee
We're confident MY TOP SECRET "BLACK OPS" METHOD OF TOTALLY ELIMINATING THE AFTER-SUMMER SLOW SEASON Training will help you attract and convert large pools of your ideal customers in any market. However, if you complete this training and don't feel the same way in the first 30 days, just send an email to our support and we'll send you a refund.

Simply send an email to our support within 30 days of receipt, and your entire purchase price will be promptly refunded. We reply to all emails within 2 business days (or less). If you’re sending in a support ticket on a Saturday or Sunday, we'll respond on Monday and honor the date we receive your initial email request.
Name Your Own Price & Get Started Today
Our top priority with MY TOP SECRET "BLACK OPS" METHOD OF TOTALLY ELIMINATING THE AFTER-SUMMER SLOW SEASON Training is to help service business owners like you attract and convert large pools of your target clients in any market. To do that, we made sure this training is packed with actionable strategies and insights for you to implement - many of them are the same strategies we’ve used to grow our $32+ million per year service business that was acquired by a large private equity company - and the same strategies that have allowed a group of 138 members in our programs collectively grow by over $142 million in less than 36 months.
*The bottom line...this training is full of proven strategies, tools, and templates you can implement right away.
It’s time for you to grow your service business with greater confidence, clarity, and certainty - with far less stress!
Get Started Today!

NOTE: You might be very busy right now with the summer but you KNOW that the slow-down is just around the corner… get prepared now by learning how to make more money in your service company, and have these strategies implemented so you don’t feel the financial squeeze this fall.
Get This Training NOW!
And I'm So Confident In This Training And What It Can Do For You - I'm Willing To Back
It Up With My 100% Guarantee - I'm Going To Let YOU Name Your Price...
Copyright 2019 All Rights Reserved